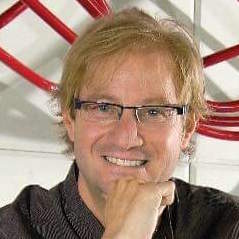 Andrés Roemer (July 12, 1963-) Mexican diplomat, he was the UNESCO Mexico’s Ambassador in Paris, France. Until May 31st, 2016 he served as General Consul of Mexico in San Francisco, California. He holds a Ph.D. in Public Policy, he is also an economist and lawyer.[1] Grandson of the orchestral conductor Ernesto Roemer, he grew up in Mexico City. He has received various cultural awards and prizes, and has created and produced several television programs.[2] Roemer is honorary curator and co-founder of Ciudad de las Ideas along with Grupo Salinas,[3] an annual festival in the Mexican state of Puebla, as well as the creator of « Rethinking G20: Designing the Future » pre-G20 of 2012 G-20 Los Cabos summit in 2012, of the « Mexiam » and co-funder of the Casa de la Música de Viena en Puebla.[4] Andrés Roemer has a Ph.D. in Public Policy (1991 to 1994) from the Goldman School of Public Policy of University of California at Berkeley, where he earned the Academic Distinction for his thesis regarding water Public Policies. He earned a master’s in Public Administration from the John F. Kennedy School of Government at Harvard University. He specialized on Cultural Policies, Law and Economics and Evolutionary Psychology. And member of several economic, public policy and cultural associations in the United States, Mexico, Latin-America and Europe. He is also author of 16 books and 2 plays that treat diverse topics. His works are characterized for his deep analysis of non-market activities through economic analysis of law such as: happiness, art, sexuality, love, water, soccer, law, economics, crime, evolutionary psychology, government y public policy.[5][6][7][8][9][10] The San Francisco Chronicle called him a « rare public figure who deserves to be called a Renaissance man. »[11] He has also won several national and international awards, highlighting the prestigious Elise and Walter A. Haas International Award[12] from the University of California at Berkeley, obtained only by great personalities such as President of Ecuador, Galo Plaza; President of Pakistan, Zulfikar Ali Bhutto; UN Commissioner, Sadako Ogata; Hans Hollein the Pritzker Architecture Prize; President of Costa Rica, Miguel Ángel Rodríguez and Yuan Tseh « YT » Lee Nobel Prize in Chemistry. Also Microsoft Corporation created the Microsoft Award « Andres Roemer » for distinction in service to the community of scholars[13] (delivered since 2006 to date in 12 countries). He also won the Promotion of Science Award in 2010 from the Nobel Prize Mario Molina and the former President of the Mexican Academy of Sciences, Arturo Menchaca, and was awarded the National Theatre Award « Emilio Carballido » as best national author for his play The Other Einstein in 2009.