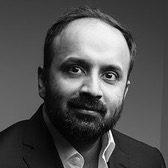 Sumit S Jamuar is Chairman & CEO of Global Gene Corp (GGC), a genomics data, insights and applications company with a vision to democratise healthcare through genomics.  The company is creating representative genomics data and insights from under-explored populations in Asia, Middle East, LatAm and Africa to supplement the existing Caucasian data to apply in therapeutics development, discovery and patient stratification.  GGC has been profiled by BBC, « The power of a billion: India’s genomic revolution », Financial Times, « When biased data holds a fatal flaw », MIT Technology Review « Taking Genomic Data Global » and selected as « The Next Big Thing » by Cambridge Network. Sumit previously served as a Managing Director and Global Head at Lloyds Bank and CEO at SBICAP (UK), the European Investment banking subsidiary of State Bank of India.  He has also served as a consultant with McKinsey and Company.  He is a Senior Associate at the Royal Society of Medicine, and has previously served as a Fellow of Institute of Directors, Member of BAFT-IFSA European Council and Board Director at GEFCO plc. He holds a Bachelor’s degree in Chemical Engineering from Indian Institute of Technology (IIT), Delhi and an MBA from INSEAD.