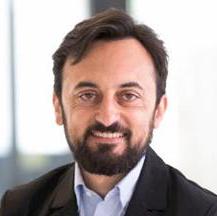 Pablo Rodriguez is a creative entrepreneur, business leader, and computer scientist. He is a Director at Google´s Office of the CTO (OCTO). He was founding CEO at Alpha, Europe’s first moonshot factory, and Ambassador for [X] — Google’s Moonshot Factory. Developing 10x science projects that will affect 100 Million+ people, be a force for good on the planet, and grow into new impactful businesses. He is an AI Ethics Board member to the Spanish Government, and has published a best selling book on Artificial Intelligence — how it will change the world around you and your life. His innovation work is also featured in the « Non-bullshit innovation » book by the founding editor of WIRED. He has more than 200 publications and 30 patent inventions. Pablo loves to play inside the chaos, alchemise tensions, and is passionate about the inner innovator journey from belief to impact.